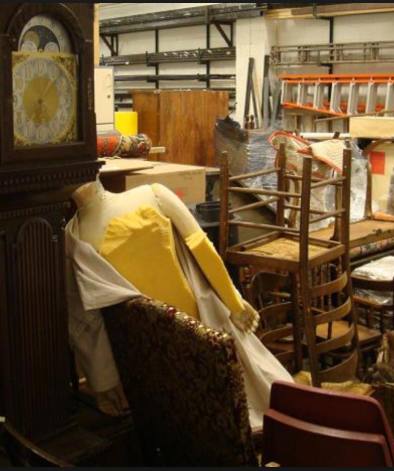 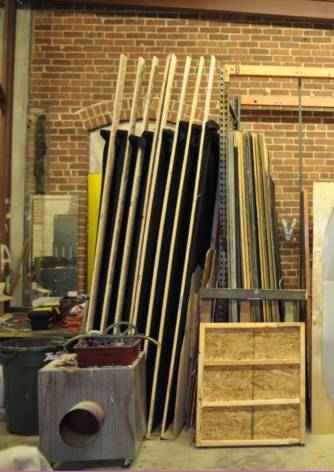 When Margaret and I talk to book groups they want to hear about our writing process. How did we do it? Where did our ideas come from? How do we work together? They are curious about what goes on behind the scenes. In other words they are interested in the backstage part of the story.

I have been backstage and it is not a pretty place. Years ago – more years than I would like to admit – I was part of a community production of the musical ‘Guys and Dolls’. I was cast as Adelaide, a dance hall gal who had been engaged to gambler Nathan Detroit for 14 years, all the while trying to get him to marry her. She is fully convinced that after she marries him, she can turn him into the perfect husband. In ‘Marry the Man Today’ Adelaide sings:

Give him the girlish laughter

Give him your hand today

And save the fist for after.

Slowly introduce him to the better things

But marry the man today

Handle it meek and gently

Marry the man today and train him subsequently

Deluded as she was, Adelaide was a great character to play. But I digress. The point is that backstage is not a pretty place. A play is written and arranged for the audience to follow and enjoy. It is not designed for the convenience of the actors. Playwrights visualize the finished product as the audience will see it. The convenience of the on stage players is not an issue.

When I played Adelaide I found myself dodging moving flats, props, scenery and ropes while holding my hands out for a costume change as I wound my way from stage left to stage right in about 200 seconds with someone chasing behind me, powder puff in hand, to remove the glare from my nose.

A quote attributed to Otto Von Bismarck comes to mind: the man who wishes to keep his respect for sausages and laws should not see how either is made. However, my fascination with how writers write is as strong as it ever. We Cozy Cat Press authors often describe our writing processes and frustrations and challenges and I enjoy reading every single blog entry.