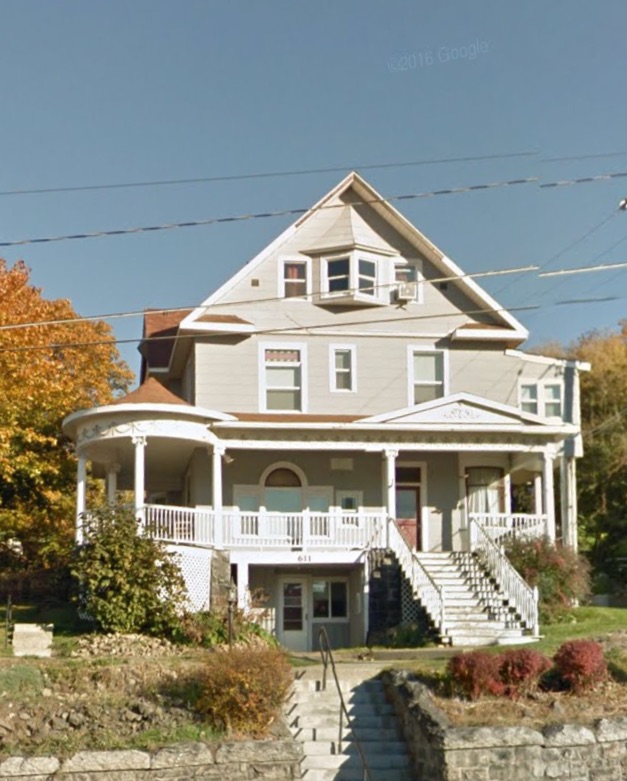 By the time I had turned 12 years old I had lived in two mansions. Behind both of their large front doors were spacious foyers and wide staircases with carved banisters, balusters, and newel posts.  I spent as much time as I could standing in and admiring these entryways. A series of carved doors were arrayed around both of these beautiful entry halls. However, rather than entering the dining room, formal parlor and informal parlor as they once did, these doors led into separate living spaces.

Both of these houses and many other of the mansions built in the growing city of Spokane, Washington during the first half of the twentieth century had been converted to apartment houses, with every living unit different from the next.

In the first house I remember, my mother and I lived for a time with my aunt and uncle on the main floor in the living space carved out of the former informal and formal parlors and the pantry, which had been refitted into an efficiency kitchen and a bathroom. The huge wooden pocket door that had once separated the informal from the formal parlor now could be pulled to separate the living room from the bedroom, which faced onto the front porch through a Palladian window.

Later my mother and I moved up the stairs to Apartment 5, which had been created from two bedrooms and two closets. The first bedroom and closet, expanded by a build-out supported by two heavy vertical beams, became our living room and kitchen. The second bedroom became our bedroom and the closet, which had been plumbed, served as our bathroom. It was cozy up there and I liked my view. 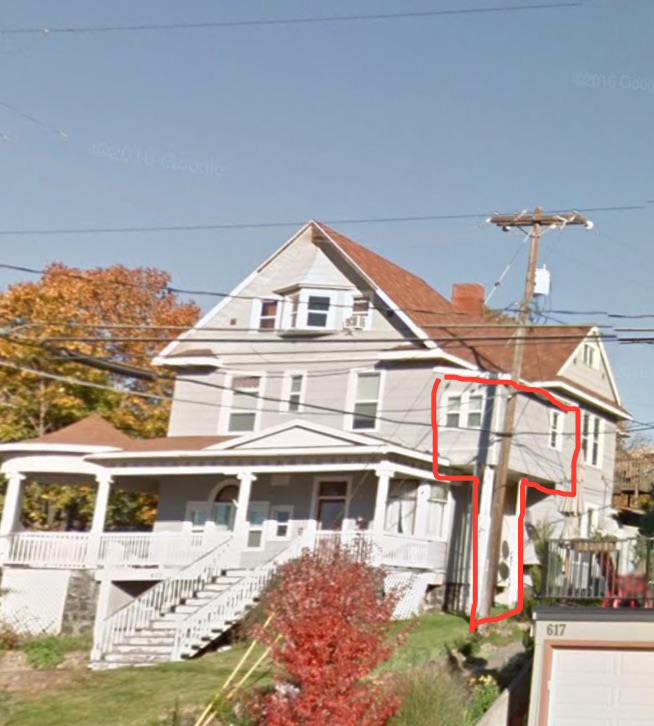 I will describe my second mansion in another blog entry. 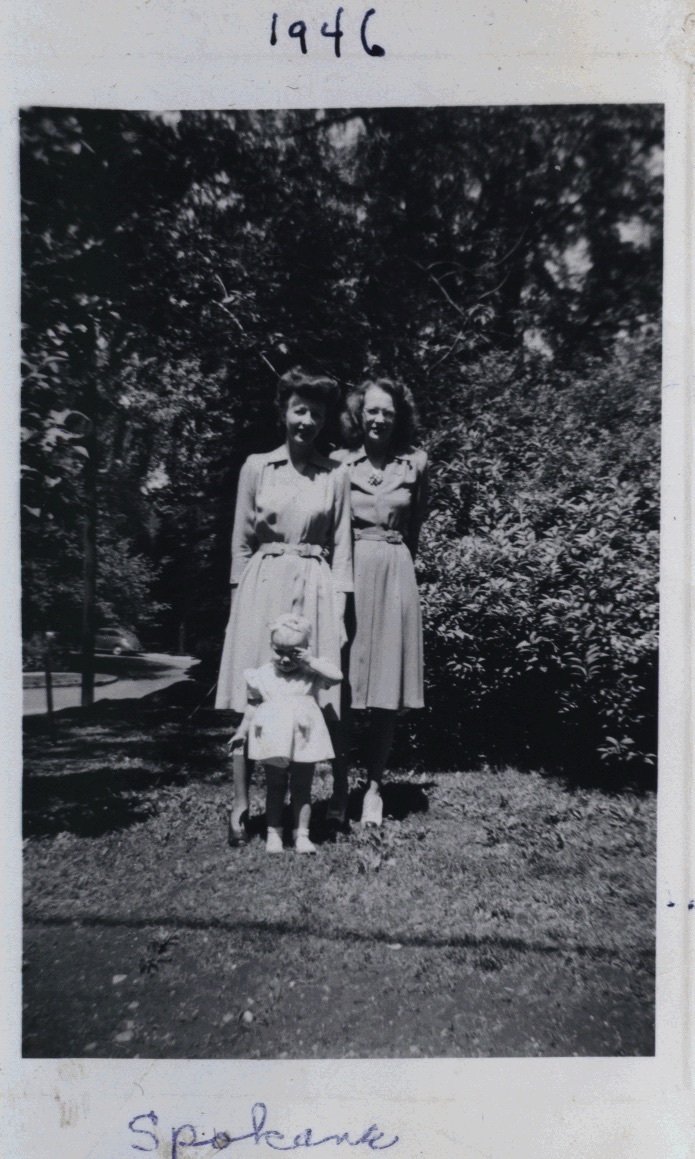 My Aunt Alma on the left, my mother Betty on the right, and me in the front

One thought on “A Child Growing Up In Mansions”